- the world’s most documented probiotic strain 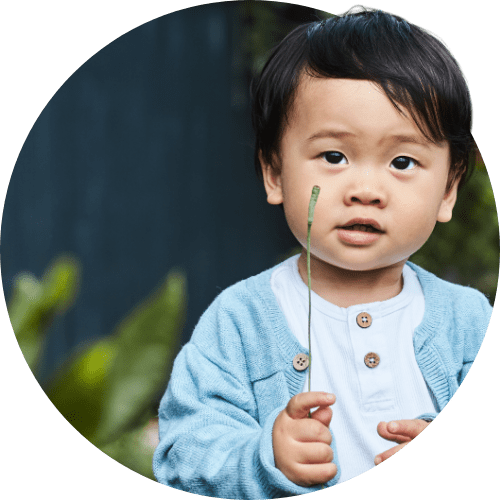 Lactobacillus rhamnosus, LGG® (hereafter referred to by use of the trademark LGG®) from Chr. Hansen has been extensively investigated in human scientific studies, results of which have been published in more than 250 publications. Some of the best studied areas are digestive, immune, and oral health, with health benefits in these areas observed in babies, children, and adults.

The real LGG® from Chr. Hansen is the world’s most documented probiotic strain.

The real LGG® by Chr. Hansen is the one used in more than 75% of all scientific study publications investigating Lactobacillus rhamnosus GG.

The world's most documented

LGG® from Chr. Hansen has been associated with several health benefits

In children, some of the most researched health areas with the LGG® strain are:

LGG® has been associated with fewer instances2 and shorter episodes of loose and watery stools6, 11, 12 and a faster improvement of the consistency of stools.4,12

LGG® has been associated with fewer hospitalization-related digestive system conditions5 and fewer instances of respiratory tract discomfort that can occur following hospitalization.5

Based on a scientific and microbiological evaluation, LGG® has been associated with more healthy teeth,14 and with lower levels of specific bacteria that contribute to poor oral health.15

In adults, some of the most researched health areas with the LGG® are:

LGG® has been associated with a reduction in the incidence of loose stools that travelers commonly experience when traveling in countries, regions and areas which present more chance of being exposed to unfamiliar bacteria.9

LGG® is safe for human consumption and has been granted QPS (Qualified Presumption of Safety) status in Europe17 and has been the subject of a GRAS (Generally Recognized as Safe) notice to the US Food and Drug Administration,18 with no safety issues.

LGG® is a registered trademark of Chr. Hansen.

At Chr. Hansen, our strains are backed by science. All of our probiotic strains are supported by clinical documentation. Learn more about the beneficial effects our strains have on different health areas.

See our other strains